Birds of a Feather

Hello out there in Blogland,

We really love birds. Well, not just any bird....we love Penguins.
Penguins just have the cutest look about them...walkin' on their two feet upright just like hoomans do. In fact they kinda look like hoomans...only smaller and oh yeah, they smell like they took a bath in fish. 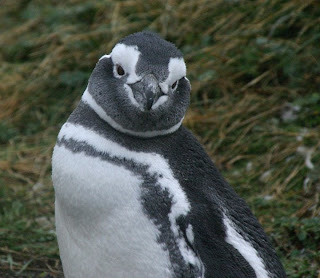 Penguins alway look like they are dressed in a tuxedo and are on their way to a formal party. 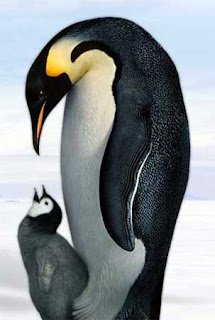 But there are some special Penguins out there skatin' on ice and pushin' around a hockey stick.

The Pittsburgh Penguins. And they play hockey at the Igloo in the Mellon Arena in Pittsburgh, Pa. Ya know where that is? That's where we live, in southwestern Pennsylvania.

The Pittsburgh Penguins are in the Stanley Cup Playoffs this year and the people of Pittsburgh are pretty happy about that cause the Pgh. Pirates are havin' another losin' season....at least right now...but that is nothin' new. 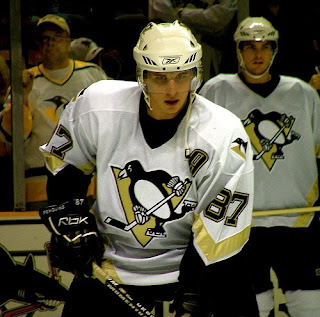 We'll anyway I just thought I would dress up like a famous Penguin, Mario Lemieux. He lives here in Pittsburgh now and is part owner of the team. He used to be the Captain of the team but has retired now....cause he got....well......OLD.

Do I look like a hockey player or just an silly old bird? Wish I could get the black feathers to stick on this shirt........ 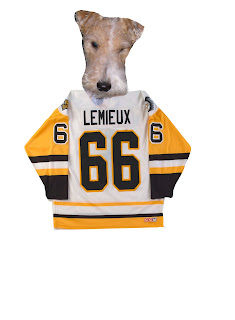