We have been havin' brain drain around here and can't think of somethin' ta post lately. But big brother Scott 'n Heather had some studio photos taken 'n they are really swell. So we thought ya might like ta see 'em while we're thinkin' of somethin' else ta report....

Hope ya like 'em...cause Parker is really a cutie pie....'n so are his parents.

A little Bit of History

Gram has been hoggin' the puter lately and so we haven't posted fer awhile. We really haven't had much to report lately either. But we have spent the past week at our cottage in the hills of Northwestern Pa. about 9 miles outside of Titusville. We love it here cause there is peace 'n quiet and lots of nature.

But Titusville is important for somethin' else....know what? 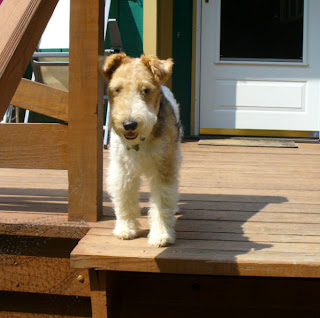 Well, I'm here ta tell ya what since we been readin' 'n studyin' this stuff fer awhile now. 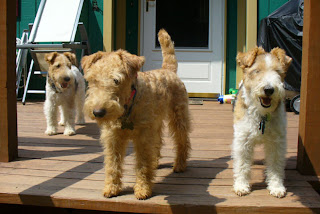 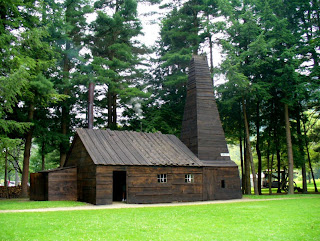 Inside there is a motor and pump that is working 'n ya can have a look see at how things were done so long ago. This pump is really only recirculating oil but it's fun ta look at. 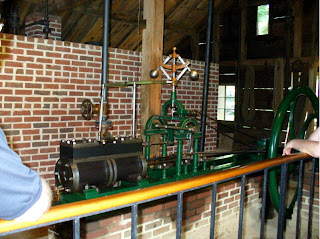 Here's the oil goin' in the barrel from Colonel Drake's oil well. And the rest is a bit of history....... 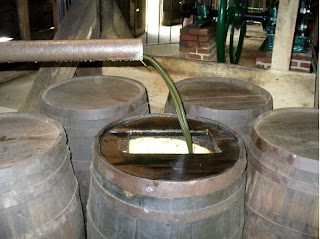 The most important oil well ever drilled was in the middle of quiet farm country in northwestern Pennsylvania in 1859. For this was one of the first successful oil wells that was drilled for the sole purpose of finding oil. Known as the Drake Well, after "Colonel" Edwin Drake, the man responsible for the well, it began an international search for petroleum, and in many ways eventually changed the way we live. 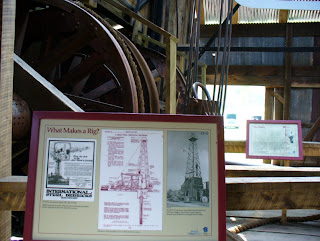 The first oilmen
For hundreds of years, people had known about these seeps in western Pennsylvania. In fact, there is strong evidence that Native Americans, at least as far back as 1410 AD, had been harvesting the oil for medicinal purposes by digging small pits around active seeps and lining them with wood. European settlers had for years been skimming the oil from the seeps and using the petroleum as a source of lamp fuel and machinery lubrication. 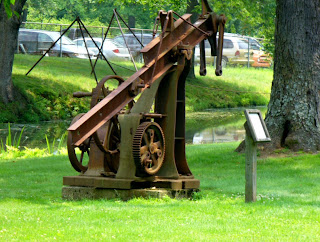 Is there money in this?
In the early 1850's, George Bissell, a New York lawyer, conceived a plan to try and produce this oil commercially. Benjamin Silliman Jr, a chemist at Yale University, and one of America's leading chemists, was hired to analyze the properties of the "Seneca Oil" as an illuminant. He determined that the oil could be distilled into several fractions, one of which was a very high quality illuminant. With this positive information, Bissell was able to get together some financial backers, including James Townsend, president of a bank in New Haven, Connecticut, and formed the "Pennsylvania Rock Oil Company".

The idea to drill

They hoped that "rock oil" could be recovered from the ground in large enough quantities to be used commercially as a fuel for lamps. Oil had already been used and refined and sold commercially for one of its byproducts: kerosene. What made Bissell something of a visionary was that he would try to extract the rock oil from the ground by drilling, using the same techniques as had been used in salt wells. Bissell was simply looking for a better, more reliable and plentiful source.

Why did Drake choose this spot to drill for oil? Well, the number one beacon was the many active oil seeps in the region. As it turns out, there had already been wells drilled that had struck oil in the region. The only problem was, they weren't drilling for oil. Instead, they were looking for salt water or just plain drinking water. When they struck oil, they considered it a nuisance and abandoned the well. At the time, no one really knew what to do with the stuff if they found it...

Who was "Colonel" Drake?

The truth was, Edwin Drake was not a "Colonel" of anything. He and his financiers simply invented the title to impress the locals, many of whom laughed at what was, for a time, known as "Drake's Folly". With the financial backing of the newly formed Pennsylvania Rock Oil Company (soon to be renamed Seneca Oil Company), Drake set off to Titusville, Pennsylvania in 1857 to survey the situation. Drilling began in the summer of 1859. There were many problems with this well, and progress was slow and financially costly. The initial money the investors had fronted Drake ran out, and he had to borrow more to keep drilling.

On August 27, 1859, Drake and Smith drilled to a depth of 21.18 m (69 1/2 feet). It was not until the next morning, on August 28, when the driller, "Uncle Billy" Smith, noticed oil floating in the hole they had pulled the drilling tools from the night before. By today's standards, it was a pretty unremarkable hole, probably producing 20 barrels or less of oil per day.

The timing could not have been better. Most of the financial backers had given up on the project, and James Townsend, after having financed the operation out of his own pocket, had sent Drake the order to pay the remaining bills and close up shop. Drake received this order on the very day that he struck oil.

Almost overnight, the quiet farming region changed in much the same manner as the gold rush towns of the Wild West. The flats in the narrow valley of Oil Creek, averaging only around 330 m (~1000 feet) wide were quickly leased, and hastily constructed derricks erected. Towns sprang up out of nowhere with people coming from all over looking to make their fortunes. This once quiet area suddenly became louder than anyone could have imagined, with steam engines and other types of machinery necessary to run the hundreds of wells that sprang up in the valley in the first couple of years. And the mud was fast becoming legendary. Horses were the main means of transporting machines and oil in these early days. As soon as a trail became too muddy to travel, the trail was simply widened. Soon, the width of the trails stretched from the stream to the foot of the hills, with the entire area having been transformed into mud. Horses, which were worked to beyond exhaustion, would often sink up to their bellies in the stuff.

The dangers of early oil

Due to the lack of geological knowledge of the rocks beneath which were actually producing the oil, wells were drilled almost at random in those first few years. Photographs show that derricks were built at extremely close proximity to one another in an attempt to get as much oil out of the ground as fast as one could. Frequent fires often raged out of control. In fact Drake's initial well only last a few months before it burned to the ground. A second well was erected shortly thereafter.

The birth of an industry

Still not convinced that the Oil Regions in Pennsylvania were important in the early days of oil? Consider this - Pennsylvania was responsible for 1/2 of the WORLD'S production of oil until the East Texas oil boom of 1901. 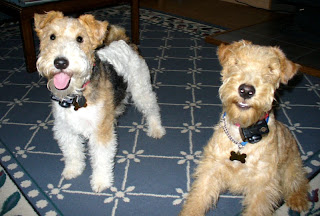 Now, me 'n Toby don't much care about the oil boom that started here....neither does my Mom. We just plain love it here cause we have room ta run and play.

But ya have ta wonder if what was started here so many years ago was a blessing or a curse considerin' what is goin' on taday, don't ya ????